The philosophy and principles of family governance

A successful family system is not only measured by their wealth and legacy. Instead, well-run families are often those who follow three guiding principles that encourage trust-building, responsible use of power and open communication among all stakeholders. 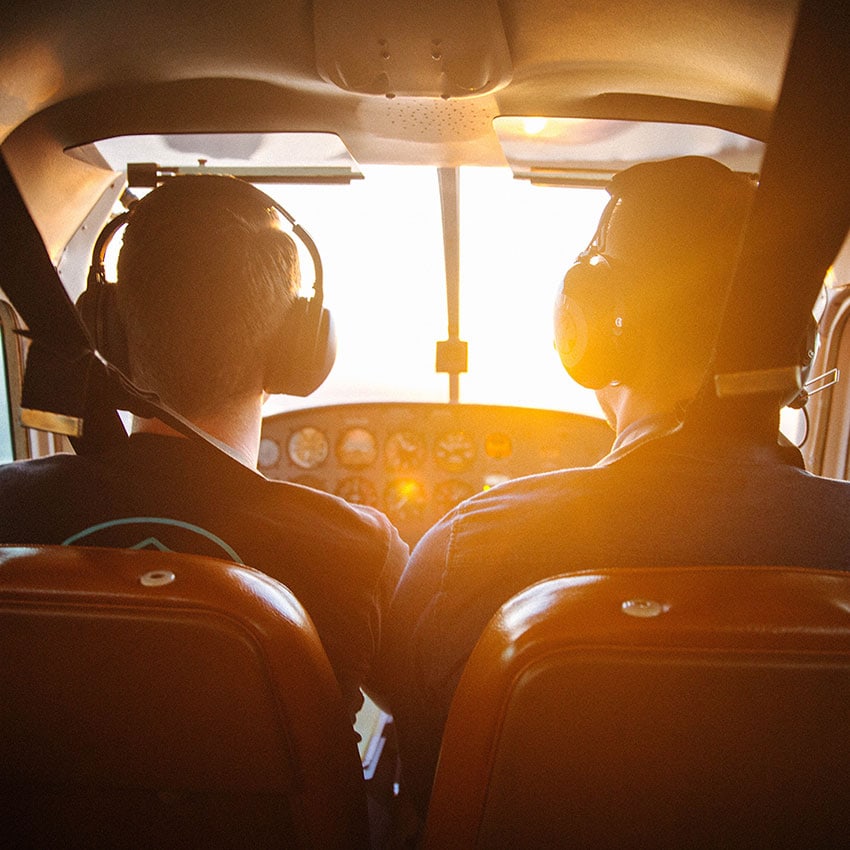 Leo Tolstoy famously wrote in Anna Karenina that “All happy families are alike; each unhappy family is unhappy in its own way”. One could paraphrase this by saying that all well-governed families have certain things in common, and poorly governed families always find new ways to mess things up. In any organisation, culture is largely established from the top down. This principle can apply to families organisations, companies, and even countries. However, it relates especially to good family governance because there is a natural hierarchy of power that skews toward the incumbent generation, and attempts by the rising generation to drive cultural disruption can lead to all manner of conflict.

The principles of good family governance

Good family governance helps to create a well-run, trusting family office and encourages responsible and honest behaviour amongst all stakeholders. These principles relate to the idea of stewardship over ownership, healthy communication and the considered use of power.

The first principle: ownership vs stewardship.

The first principle of good family governance is about the two ways we can relate to family wealth: ownership and stewardship. When someone creates wealth – most commonly through entrepreneurship – their view is usually that they ‘own’ that wealth. They created it, it belongs to them, and therefore, they have every right to decide how it is spent (or reinvested).

That model works when there is just one person in that situation. But when we take a broader picture of family wealth as it transitions through generations, the notion of ‘ownership’ can lead to conflict. What happens when the wealth passes to the next generation? Let’s say one person is designated as the CEO of the family office. Does that person ‘own’ the family wealth? No. As CEO, they are charged with making decisions about the wealth, but they do so as a representative of the other co-owners.

As soon as the wealth is ‘owned’ by more than one person, a ‘stewardship’ approach is required. This approach is beautifully captured in the marketing slogan for Patek Philippe watches: “You never actually own a Patek Philippe. You merely look after it for the next generation.” This elevates the watch from just another luxury item to an heirloom. It implies that if you buy one, it is meant to be passed on to your children, and if you get one, it’s because someone else bought it and passed it down to you. One could argue that they don’t think much of the second-hand market (pun somewhat intended).

Family wealth (in subsequent generations) is much the same. Someone else created it, you have a responsibility to look after it, and then pass control to the next generation. But it is not, never was, and never will be ‘yours’. That is the meaning of stewardship. To be sure, you can enjoy the benefits of it but also share those benefits with other family members in a responsible way. This shift from ownership to stewardship is a difficult one. It needs to happen as the second generation establish control. In rare cases, the first generation themselves have this shift in mindset. I know one (now in his 90s) who famously said “my children are my partners”. 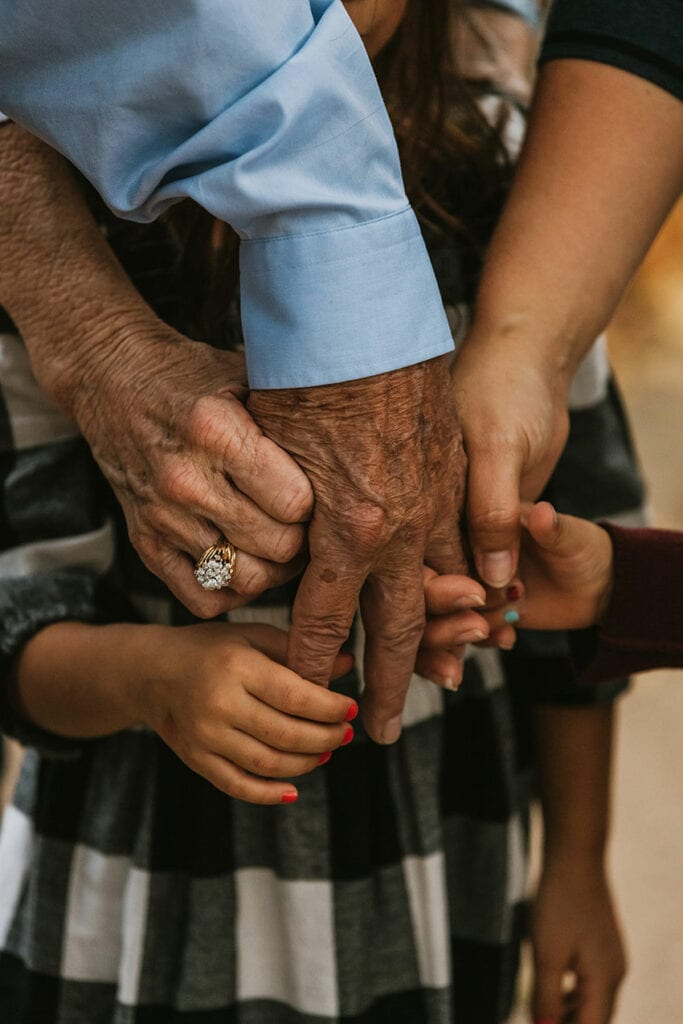 To shift from ownership to stewardship means understanding that the family wealth isn’t yours, it’s simply yours to look after until it’s time to pass it on to the next generation.

Being a steward of family wealth is akin to being the director of a non-profit organisation. The duty of care in such a situation is greater than for a private company that you own because the organisation is not ‘yours’. The organisation is far bigger than any one person. You must fulfil your duties as a director serving the interests and goals of the organisation, and at some point, leave and make space for another director. A family is bigger than any one individual. Your role as a steward may last for decades, but the principles are the same. The family wealth is never ‘yours’.

The second principle: communication and transparency

The second principle covers communication and transparency and follows on automatically from the first. If you (and only you) ‘own’ wealth, then communication is easy – decisions are yours alone so there’s no need for communication or to discuss with anyone. You are accountable only to yourself. But having a stewardship mindset when it comes to wealth implies that there are multiple stakeholders involved. They may be co-owners, beneficiaries, future-owners, previous owners, and spouses/partners. The notion of stakeholders goes much broader and can include the employees of a family-owned business and their families, and the local community.

As soon as there is more than one stakeholder, communication becomes crucial for several reasons: in the simplest case, such as when several family members are stewards of the family wealth, they will at times need to make collective decisions. While it seems obvious to say this, in so many families it simply does not happen. If family members cannot communicate, then being effective co-owners (let alone good stewards) becomes a huge challenge.

The other aspect of communication, which extends to transparency, is about trust and accountability. This is especially relevant where the circle widens to those who may not have legal ownership but might be future owners or spouses. A general principle of communication is that in the absence of information, we fill in the gaps with assumptions and guesswork. And unfortunately, our assumptions tend to be more negative than positive.

When the stewards of family wealth are open with stakeholders, provide plenty of information, welcome and then answer questions, then not only are there no information gaps, but it engenders trust. Being open with information shows there is nothing to hide, and that family members can be trusted with information. That leads to a virtuous cycle of increased trust within the family.

Contrast this with the family whose wealth is mentioned in the media, but when the children ask about it, they are told “don’t believe everything you read”, who report tidbits of information to family members but decline to share detail when requested. This conveys the opposite – that there is something to be hidden, and that those family members can’t be trusted with information. While there may be no legal obligation whatsoever for sharing information with stakeholders, doing so supports a more harmonious and trusting relationship within the family system.

The third principle: the responsible use of power

Power can be a very effective tool within a family to drive compliance and resolve conflict, but when it is used, it leaves others disempowered and disenfranchised. That in turn can spiral into latent and then open conflict. Accordingly, power must be used very carefully. Family members should maintain a strong awareness of the power dynamic and therefore how and when to use power, and its effect when used. This principle is very broad. It applies not just to families, but also businesses, organisations and countries. We don’t need to look far to see examples of abuse of power in all of these contexts.

In summary, families that understand the nature of stewardship with respect to the family assets, that communicate freely and openly, and that use power carefully, drive virtuous cycles of trust among family members and other stakeholders. Applying these principles of good family governance leads to a well-run system that benefits all. 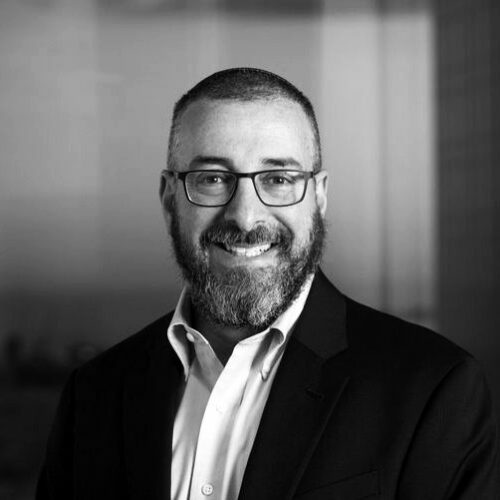